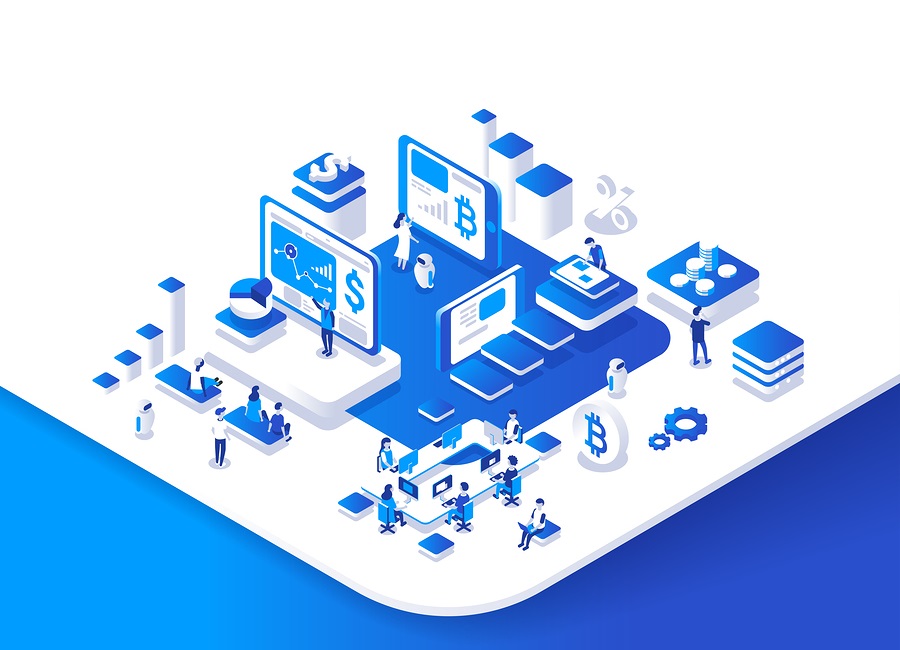 When most people hear the word blockchain, they think Bitcoin. In the near future, they'll also think digital marketing.

In fact, some people are already giving the connection between blockchain and digital marketing some serious thought. 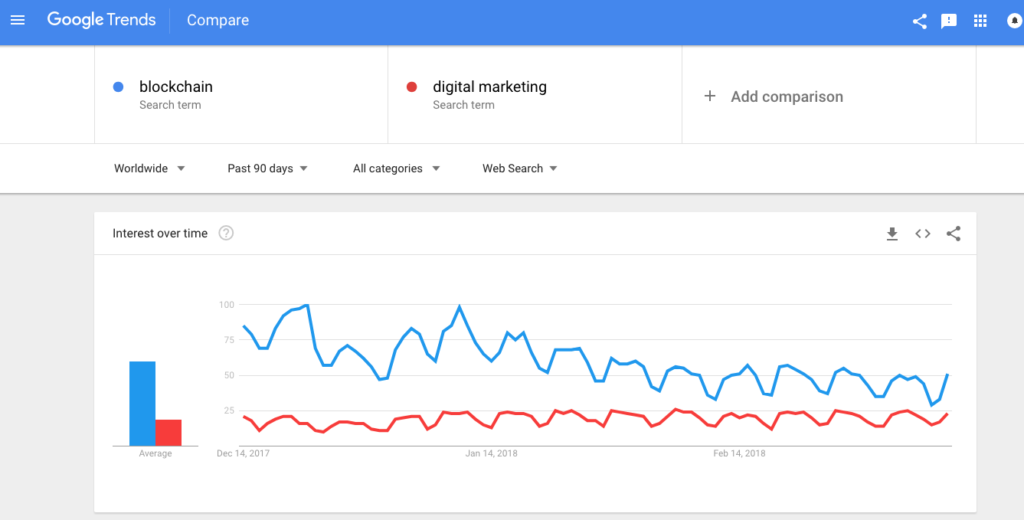 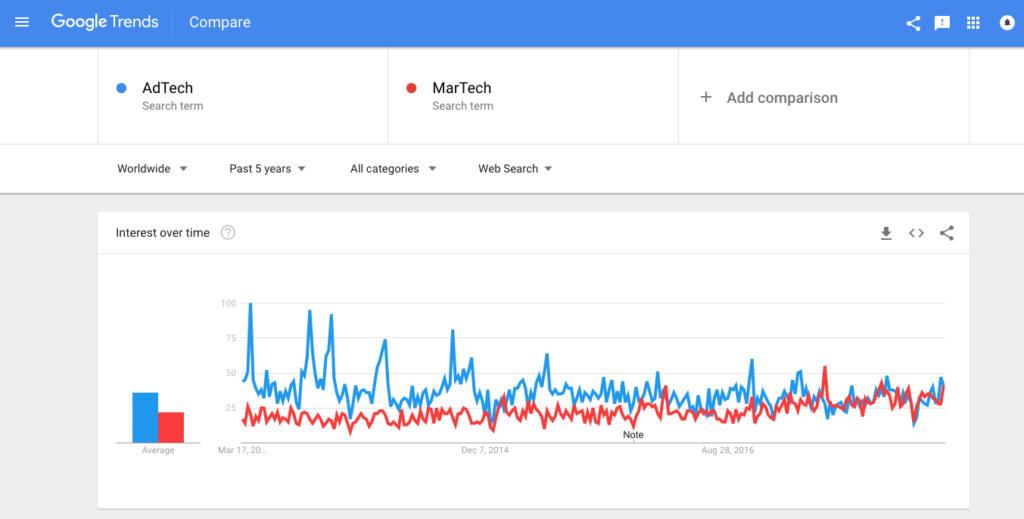 So why do digital marketing and blockchain appear to be approaching convergence right now?

Because the trend is still developing, it's difficult to say. But Jeremy Epstein might have an answer next week.

One possible reason for the convergence of blockchain and digital marketing can be found by examining other industry trends. Over the past five years, literally thousands of martech enterprises have been developed, which has gotten some people to see adtech as just another form of marketing technology (i.e., two sides of the same coin). 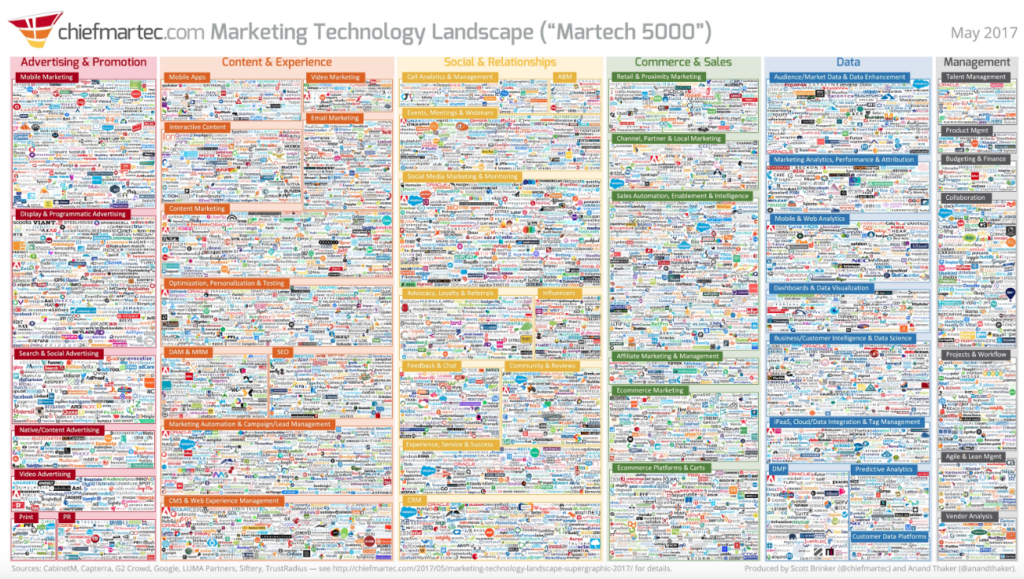 And as people have started thinking of adtech and martech as two sides of the same coin, they've also started seeing how that coin could have greater currency if each side complimented and worked to enhance the value of the other.

According to Joe Stanhope, VP and Principal Analyst at Forrester Research, adtech and martech are converging for these economically advantageous reasons, which spell the potential to drive both "economic throughput" and "contextual marketing" at the same time—i.e., the opportunity to package industry unity, healthier bottom lines, and increased reach all in one.

So what does this have to do with the relationship between blockchain and marketing?

But it also probably signals the impact that blockchain started having on adtech last August, when IBM announced a plan to adopt blockchain technology and bring more transparency to the digital advertising supply chain.

Since then, the international tech giant has partnered with Nestle, Unilever and other food giants to bring greater transparency to the food and beverage supply chain. Now companies can trace contaminated food and drink back to the source of contamination and hold those suppliers accountable.

What does that mean for digital marketing and online advertising?

The same thing that it means for the food industry. Greater accountability. And not just for food suppliers, but for ad suppliers, who have a history of getting away with murder when it comes to fraudulent practices and poor performance with real-life end users (as opposed to fake bots).

For all the ad buyers and digital marketers out there, the good news is that greater accountability brings greater opportunity.

Here's what you can do right now with the knowledge that blockchain and digital marketing are positively correlated and might be merging in the near future.

With the explosion of popularity that came with bitcoin last year, hundreds of startups jumped on the bandwagon to bring blockchain to their industry.

According to the world's leading expert on the intersection of blockchain and marketing, this explosion of innovation "rivals the early days of the commercial Internet" in terms of investment:

"Over $380 million in funding (in ICOs; initial coin offerings) was invested in the technology in the first five months of 2017, and hundreds of millions of more since then."

And like any bet where there is a lot of money at stake, preparing for change means learning how to throw in your lot with the winners, or sitting on the sidelines to watch the winners play.

It also means it's time to buckle down and study what's coming—less fraud, greater trust, increased accountability, and better digital marketing practices all around. And with heavy hitters like IBM already putting the squeeze on both B2C and B2B industries, it's becoming abundantly clear that blockchain technology will eventually effect a fully transparent supply chain in the near future.

What will you do to seize that opportunity?

To learn more about how blockchain has already changed digital marketing, join us for a free webinar with Jeremy Epstein on March 27, 2018 at 12:00PM PST / 03:00PM EST